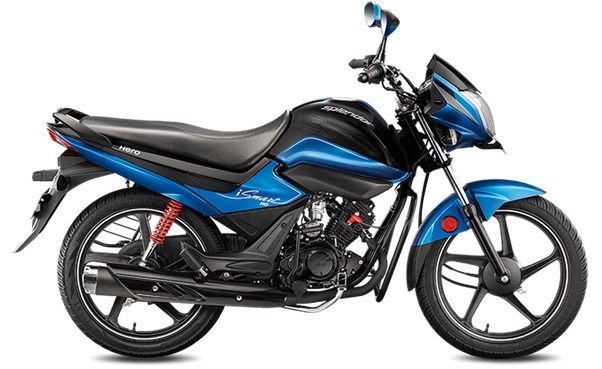 In 2016, Hero went ahead and introduced their first indigenously developed motorcycle, the Splendor iSmart 110. Before the Splendor iSmart 110, Honda allowed Hero to make use of their powertrain as part of a business agreement. So, when Hero had the opportunity to put their new engine into a motorcycle, it was only natural to start with the Splendor – the bread and butter model for the Gurgaon-based bikemaker and also the most popular motorcycle in the country.

The Splendor iSmart 110 also marks another first for the brand, which is the transition to the stringent BS-VI emission standards. To ensure the same, the Splendor iSmart 110 now comes with a new engine, which then uses fuel-injection instead of a carburettor for fuel delivery. The BS-IV model too remains to be on sale for the time being – as of early-2020, that is.

There are also a handful of changes, to justify the price hike from the BS-IV spec model. On the whole, though, the bike looks almost identical to its predecessor. Here’s more to the BS-VI Splendor iSmart 110. Read on.

While the BS-IV model continues to be powered by the same engine, it’s the BS-VI model that has undergone a heart transplant. Therefore, powering the BS-VI Splendor iSmart 110 is a 113.2cc single-cylinder air-cooled engine which is good for 8.9bhp and 9.89Nm of torque. It uses Hero’s programmed Fi technology for fuel delivery and comes mated to a four-speed gearbox.

The BS-VI Hero Splendor iSmart, as for the expected fuel efficiency, is good for 61km/l. As for the fuel tank capacity, it has gone up to 9.5-litres.

Hero has made some changes to the mechanical parts, for the BS-VI spec model, for the bike is now built around a new Diamond frame – with better weight optimisation. While the suspension remains the same, the front now gets more travel by 15mm. The rear, on the other hand, continues to ride on the same Twin Shox suspension. The 18-inch wheels are shod with 80/100 – 18 tubeless tyres on both ends. For braking, the BS-VI model features a 240mm disc brake at the front and a 130mm drum brake at the back.

The feature-set remains largely unchanged. The only noticeable change is the use of a brighter headlamp bulb at the front. The rear, though, continues with the same setup. The instrument cluster still uses an analogue fuel gauge and an analogue speedometer with a small digital display for other useful information. The bike continues to feature the i3s start-stop technology and IBS, as was the case with the BS-IV model.

The Hero Splendor iSmart 110, as of early-2020, is available in three shades, namely, Blue, Red, and Grey for the BS-VI model. The BS-VI model is only available with dual-tone shades.

All the extensive information regarding Hero Splendor iSmart 110 can be found in the brochure. For instance, you can check the variants, various dimensions, features, styling information, and colours at a single place.

For all that and more, be sure to tune in to autoX.

What to consider and where to buy a bike?

Features of New trending scooters that will benefit the women riders

Car Scraping for Your Deals Now

The best subcompact to lease in the market; Hyundai Accent.