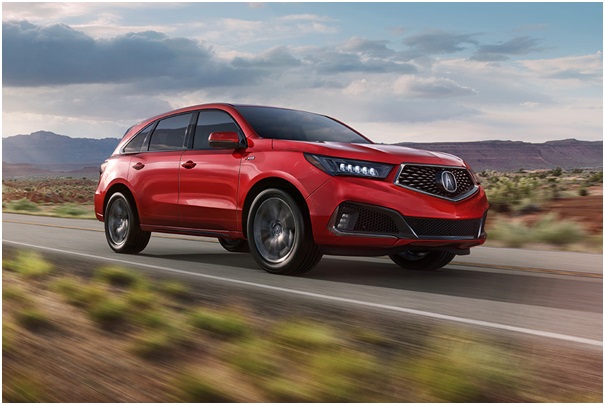 If a vehicle model ages well, that speaks of its market demand that has never gone down. The MDX from Acura is one such model that has a pretty long history of a steady sales record and now it has hit the over-hyped market of crossovers with its strong selling points. Acura being one of the most reliable automaker made sure that the new 2020 MDX series fulfills the need of the buyers who wanted a well-rounded crossover to address all transportation needs that a family can think of.

A car critic whom we met at the Henderson Acura dealer opined that with the 2020 model release of its flagship model MDX, Acura has taken all the right moves that can allure and convince a wide section of family car buyers. Making more than enough space for eight passengers, the 2020 Acura MDX does make its presence felt in the crowd of crossovers with its handsome looks inside and out, while its serene rides get worldwide rounds of applause.

Unlike other automakers, Acura has its own way of dressing the lineup for its models. Hence we get the 2020 lineup of MDX to be tiered in three packages, named as Advance, Technology, and A-Spec. the packages wraps in advanced and unique features pivoting certain aspects of the MDX and the result is a wide range of options spread open for the buyers who have different sets of preferences when it comes to buying a family car.

Most of the 2020 MDX trims from Acura are powered by a standard 3.5-liter V-6 engine that is known for making 290 horsepower competing with that of two-ton SUVs. This amount of power is relayed to the respective wheels through a 9-speed automatic transmission without a hitch.

Acura also offers in its 2020 lineup of MDX a Sport Hybrid trim that receives its power both from a 3.0-liter V-6 engine as well as from its powerful  hybrid batteries charged by the electric motors. This hybrid trim of Acura MDX gets a 321 hp to run with, that returns 27 mpg of mileage from a combined trip, as rated by the EPA.

As said earlier, the 2020 Acura MDX is capable of seating eight passengers with ease, after leaving enough space for cargo behind the third row that measures as 15 cubic feet to dump all your travel kits with the third row seat set upright. But if you can fold it down, the cargo space expands to more than 38 cubic feet of space to allow a wheelchair to go in.

At the Henderson car dealership, the sales team added that Acura makes every 2020 MDX trim saferthis time by installing automatic emergency braking as a standard feature.

Getting the right compensation with the help of auto accident lawyer

Scrap Car Removal in Whitby: Costs You Are Likely To Incur in the Process

How To Sell My Car? Here’s All The Information You Need

When Can the Check Engine Light Get Turned On