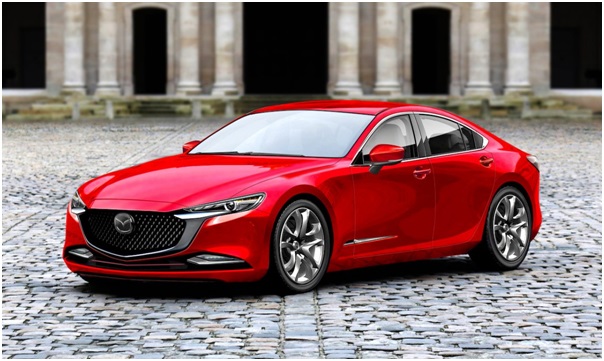 Mazda has always taken the place of leadership when it came to craft and engineer a vehicle. Currently Mazda has in its catalogue exemplary models of vehicles of every kind of body style that is prevalent in the market. But at the same time Mazda has taken the right steps at the right time to revive all the other styles of vehicles that are facing a downtime after the crossovers have taken over the market.

The 2020 Mazda 6 which is a popular model of compact cars now has influenced the market a lot with its beautifully designed sedan models that have inspired the buyers to go crossover-free without compromising on any utility feature a crossover could have offered to them.

At the popular showrooms like that of the Cypress Mazda dealer people are pouring in to take a glimpse of this beautiful sedan model of2020 Mazda 6 which is undoubtedly a standout among its segment of sedans not only because of its head-turning styling cues, but also for its sharp driving dynamics that will make any driver forget the crossover and yearn to sit behind the wheels of this sedan model from Mazda.

For the year 2020, the Mazda 6 series continues to come in the same trim variants that was there in its last year lineups, and you can find the same trim names that starts with Sport and climb higher in price and privileges with Touring, Grand Touring, reaching the highest level with the Grand Touring Reserve models.

The 2020 year lineup of Mazda 6 uses a 2.5-liter inline-4 engine for its trim models that performs with a verve on the roads with 187 horsepower after being paired to a 6-speed automatic transmission. There is also a 250-hp making turbo version of the same capacity engine that can be engaged under the hood as an option, that smacks of a sporty pedigree. Mazda offers front-wheel drive as the standard and only drivetrainconfiguration on all the trims.With these power variants the 2020 Mazda 6 earns a decent fuel economy counting 29 mpg from a combined drive with both city and highway speeds, while the number drops to 26 mpg if it is driven with the turbocharged engine working under the hood.

Four adults will fit in comfortably once you open the doors of the 2020 Mazda 6. The trunk measures average though with the split-folding rear seats can help to increase its practicality.

With the 8.0-inch touchscreen display mounted with a dial controller at the center console of the infotainment system it serves the smartphone functionalities through Apple CarPlay and Android Auto.  To stay connected throughout the drive, Mazda offers two USB inputs and Bluetooth connectivity, and to create a cozy ambience irrespective of the external weather conditions, issues a dual-zone climate control system in the cabin.

Mazda has taken a bolder step to make the 2020 6 series to be the safest car to drive. It has standardized all active safety technology features including automatic emergency braking, blind-spot monitors, active lane control and adaptive cruise control. It has won the awards in all relevant crash tests, proudly announces the staff of a popular Mazda dealer near Cypress.

Guideline to look at When You Want to purchase Motorcycle Covers

Car Scraping for Your Deals Now

What are the factors that affect the performance of your bike?